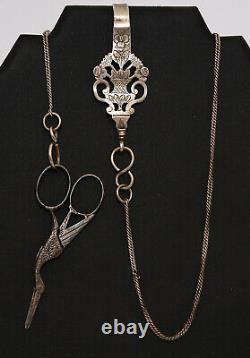 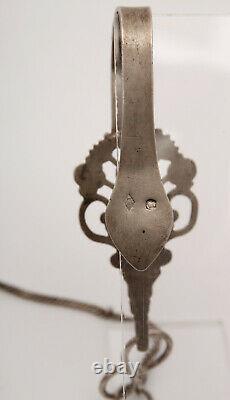 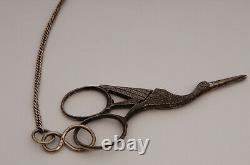 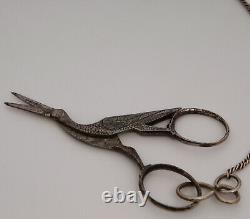 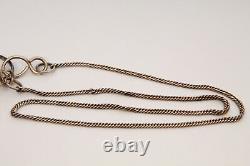 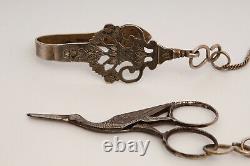 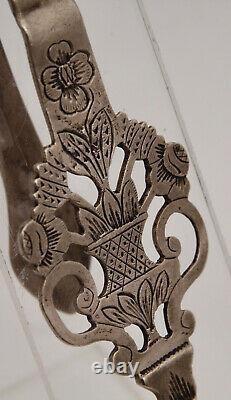 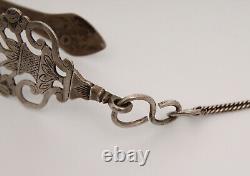 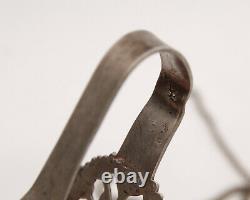 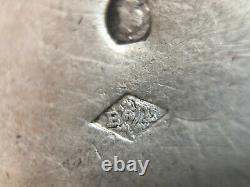 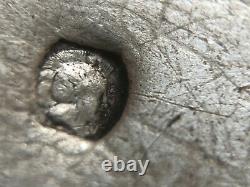 Large, vase model or flower basket, engraved. A chain with scissors in the shape of a stork.

Punch minerva and punch master goldsmith edmond loze. Edmond loze is one of the most famous niort jewelers.

The chain and scissors are made of metal/iron. Note that a ring of the chain does not go straight. Note that the hook has been twisted and straightened.

Wear and friction as well as micro-scratches of use. Traces of rust on the blades of the scissors. Sold as in the photos.

We have other models of chestnuts in our shop. Traditional French jewelry keyboards, chestnuts and crochets the scissor chatelaine hook the scissor hooks are called keyboards (clavié lou) in Provence, chestnuts in Alsace and hooks and poitou-charentes and loire country. Some authors thought they could find hooks trimmed with rhinestones in Normandy, but they are indeed, at least at the origin before transformation, busquières (see Normandy section). The hooks are formed from a metal blade more or less decorated and often engraved and pierced, curved on itself with a spatula-shaped part intended to cling to the inside of the skirt.

A pair of scissors are suspended at the end of two chains and according to lionel bonnemer, a punch used to kill poultry was suspended in a pair of birds. There are differences in the shapes of the hooks by region.

In the south, there is a special shape with a knocker-shaped ring at the top, which works with a silver screw. This ring was used to hang keys, leaving the chains free for a pair of scissors.

There are also hooks in the south whose simple chains are split by a separator with a design matching that of the hook. Niort was a very important crochet manufacturing center in the 19th century and niort hooks are found throughout the southern half of France, most of which were made in niort between 1815 and 1880. All my parcels are very well packaged with care and secure.

Follow-up is provided in France and internationally. Are you satisfied with your purchase? Thank you for submitting a positive assessment of me. We will do the same for you. Do you have a problem? Please contact me before evaluating me.

The item \"crochet a scissors chatelaine in silver minerve orfevre edmond loze 19th z263\" has been on sale since Wednesday, October 21, 2020. It is in the category \"art, antiques and objects of the 19th and before\".

The seller is \"lestrouvaillesdelili\" and is located in nantes. This item can be shipped to the following countries: America, Europe, Asia, Australia.