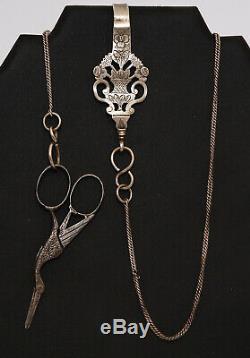 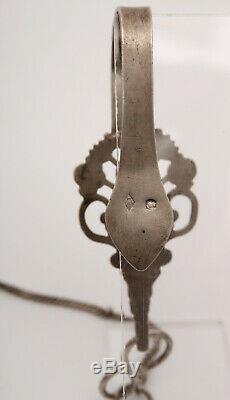 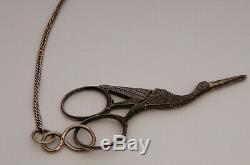 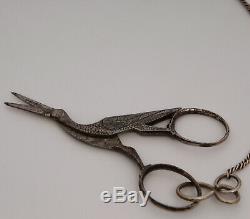 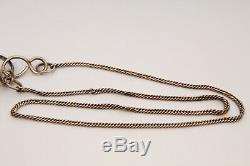 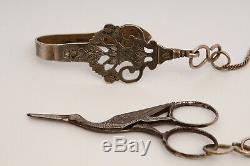 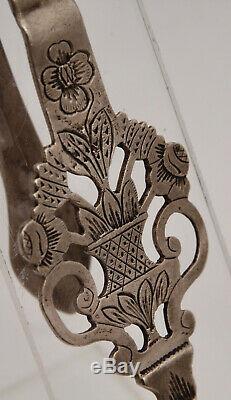 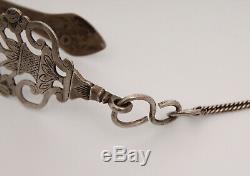 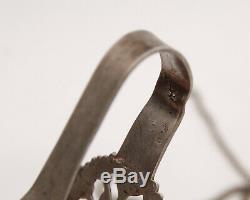 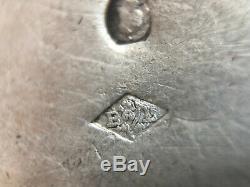 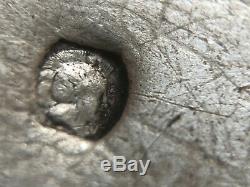 Edmond loze is one of the most famous jewelers of Niort. He is quoted in 1849, 1876 and 1877 in the records of master goldsmiths. His son, paul, resume activity 1876 to 1906. The punch consists of initials on either side of a flower in a horizontal diamond.

The hook weighs 24 grams. The string and scissors are metal / iron. Note that a ring of the chain will put it right. Note that the hook was bent and straightened. Wear and friction as well as micro-scratches from use.

Traces of rust on the blades of the scissors. We have other chatelaines models in our shop. Traditional French jewelry keyboards, chatelaines hooks and hook lady scissors scissors hooks are called keyboards (lou Clavié) in Provence, chatelaines in Alsace and hooks and Poitou-Charentes and the Loire country. Some authors have thought to find rhinestone trimmed hooks in Normandy but it is in fact, at least originally before processing, busquières (see section Normandy).

The hooks are formed dune metal blade more or less often decorated and engraved and pierced, bent back upon itself with a spatula-shaped portion intended to be hooked to lintérieure of the skirt. It suspends a pair of scissors generally after two channels and according Lionel Bonnemere, a punch used for killing poultry is hung in poitou. Note the differences in the shapes of hooks by region. In the south, there is a particular shape provided at the top of a ring-shaped knocker wherein souvre with a screw silver. This ring was used to suspend the keys, leaving free channels for a pair of scissors.

Also found in south hooks with simple strings are split by a separator drawing matched to that of the hook. Niort was a manufacturing center hooks very important in the 19th century and there are niortais hooks throughout the southern half of France, whose majority were manufactured between 1815 and 1880. Niort depth 2.5 cm. All my packages are very carefully packaged and secured.

Monitoring is carried out in France and abroad. You are satisfied with your purchase?