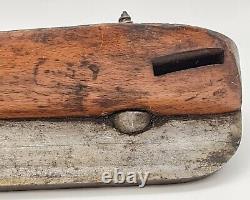 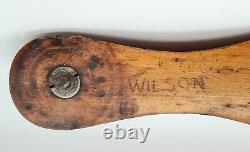 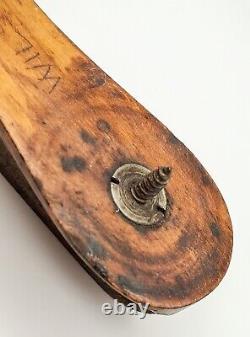 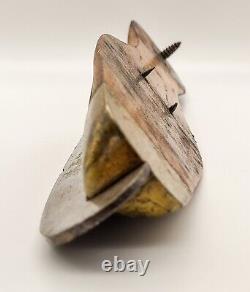 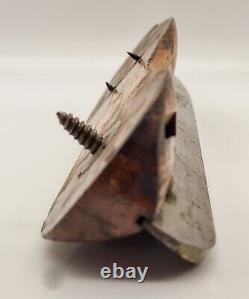 Photo status - wear and tear of time and use - has to clean - well look at the 19 photos installed in the cartridge object description. The initiator of the brand i.

Sorby was isaac sorby which traded under its own name until about 1814, then under the name sorby, turner & skidmore until 1821 and under the name sorby & turner until 1828. Its brand had to be of value as it continued to be used by at least ten replacement companies. The eleventh was''turner, naylor & co.

' which in 1909 was a subsidiary of''wm. Around 1870, the brand "mr punch" was added as a corporate or additional brand. The name should not be confused with i. The little story of ice skating. Initially, ice skates were a means of locomotion and hunting.

The first rudimentary skates would have appeared in the peoples of northern Europe in the present Finland. The oldest pair of skates known to man is about 3000 years before Jesus Christ. It was said to have been found at the bottom of a lake in Swiss. These skates had been made with broad animal leg bones, mainly reindeer, elk, and snuff. Holes were drilled at each end and skin straps were used to attach them under the boots.

The names used by the Dutch of time were "schenkel", which means leg and also "shaats", which means "bone of the leg". In fact, the English word "skating" would come from the Dutch word "schaats".

Very rudimentary and of precarious stability, they required the use of a stick in order to maintain its balance. Around the 14th century, the Dutch began to use wooden platform skates with a flat iron bottom, which they attached to their feet with leather straps. Around 1500, the Dutch added a narrow double-edged metal blade, which could be sharpened, faster and fastened by leather laces. The stick became a thing of the past. The skaters could now move with a single stroke of skate, using the dutch roll or "Dutch swing", a precursor of the push and slide technique, or "pulls and slides", or to slide without a push of sticks. Bushnell of philadelphie, pensylvania invented the first pliers entirely made of steel for skates. This revolutionized ice skating because, for the first time, skaters can twist, turn, skate and jump without losing their skates!

In 1865, a hate jackson, a ballet dancer and a renowned American skater, considered the father of modern figure skating, developed the two-plate all-metal blade. The blade was screwed directly to hate boots. The skater has become famous for his new dance movements, jumps and pirouettes.

Haines added the first of the claws to the skate blades in the 1870s, making it possible to pique the jump movements. Strauss, a manufacturer of St. Paul's blades at Minnesota, invented the first closed-end blade made of a single piece of steel. The skates were now lighter and more resistant. In January 1876 the first artificial (mechanically refrigerated) ice rink was inaugurated in Chelsea, London, in an angleterre: the "glaciarium" of Chelsea, located in the kings road district. Built by john gamgee, it will close by the end of 1876. Shipments are protected and sometimes insurance is linked to the shipment.

It is imperative that when receiving the object, you pay attention to the condition of the envelope or cardboard. If you notice any damage, crushing, destruction or other, before any reception, make sure that the item is in good condition before taking possession of the mail or parcel and validating its receipt. If you do not do this, it will be impossible to operate the insurance in the event of damage or damage caused by the transport and in this case no refund will be made. At my level, I do everything I can to protect your purchases.

By thanking you in advance for your. Other costs or charges such as customs or import duties, customs clearance and handling may also be claimed during the shipment of your lot. In this case, they will be charged to you later by the service concerned. This item is in the category "art, antiques\ objects of xixe and before". The seller is "austrouvails" and is located in this country: fr. This item can be shipped to the following country: whole world.