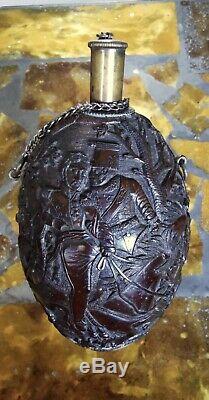 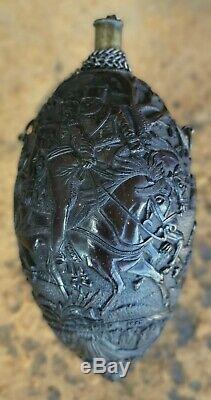 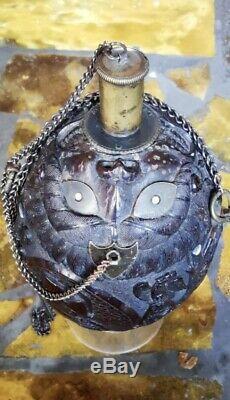 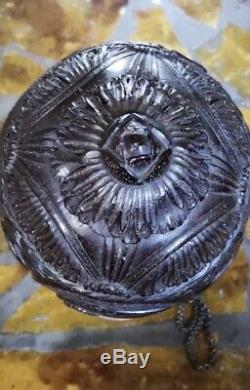 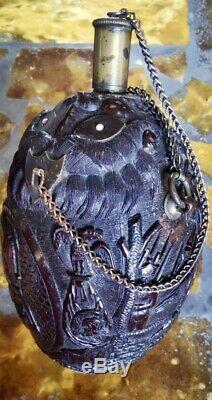 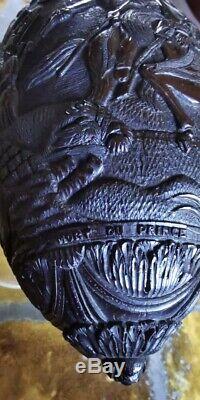 Exceptional coconut carved and titled \Fully engraved scene of the death of Marshal Poniatowski in the Battle of Leipzig October 19, 1813. The quality of detail is absolutely amazing precision as the decorations, harness horses, uniforms, facial expressions .. cap pouring brass surrounded a fantastic animal head, glass eyes. Height: 153 mm (including plug). A visible crack in the pictures.

Labor says convict 1840s The parcel will be foolproof. He won the battles of Löbau, Altenburg and Penig. His conduct at the Battle of Wachau is worth the Empire marshal's baton on 16 October 1813. This is the only time where this dignity is attributed to a general abroad3. He died noyé4, three days later during the retreat following the Battle of leipzig5 note 1, trying to pass the elster blanchenote 2 horse not to be taken by alliésnote poniatowski 3. The body, found only 24, is embalmed and carried by his comrades in Warsaw, and from there to Krakow, the royal necropolis and the National wawel pantheon, where he lies next to jeans iii sobieski and tadeusz ko?

At his funeral in Leipzig, the victors and the vanquished united them represent the entire Europe. The item \The seller is \This article can be shipped worldwide.